Zhou Xiaoping a Chinese artist, born in Hefei, Anhui in 1960, currently based in Melbourne Australia. He is one of the very first Chinese artists that enfolds and explores the aspect of both Chinese and Western cultures as well as specialising in Australian Aboriginal art paintings. The influence of the Australian aboriginal art was influence from the very first trip to Australia, which he found fascinated by the indigenous paintings and their custom. Under the accompany of local land management committees, Zhou submerged himself into the Arnhem jungle in the north and forged an indissoluble bond with the aboriginal’s culture. In the following thirty years, Zhou immersed himself in the jungles of the Northern Territory and lived in many of the aboriginal villages in the desert of Western Australia which started his series of aboriginal culture-inspired collection of work.

Zhou created a unique artistic style of work by merging and transforming both culture’s stories, applying his own experiences and context endowed a valuable meaning behind his work. His expresses the narrative through his distinctive style of art, which attracted different media and covering a diverse range of audiences internationally. Zhou has been invited as guest lecture speaker in various universities including University of Melbourne, La Trobe University, Peking University, Minzu University of China, Renmin University of China, Beijing Foreign Studies University, Nanjing University and Inner Mongolia Normal University, etc. He has also published an extensive range of books such as “Zhou Xiaoping’s Australian Sketches”, “Australian Aboriginal Dreams” and “Return to the Earth: Zhou Xiaoping’s Art in Australia”.

During an interview with SBS Mandarin program, Zhou Xiaoping emphasised and quoted in English when talking about Australian Aboriginal art: “Our land is our life”.  In the painting titled “Painting on the Land” manifests a red giant rock and the vast land area covered with variegated colours. The concept of this painting evaluates Zhou’s attitude towards “the coexistence relationship between man, land and spirit”, which Zhou has worked tirelessly with Australian aboriginal culture for the past three decades. 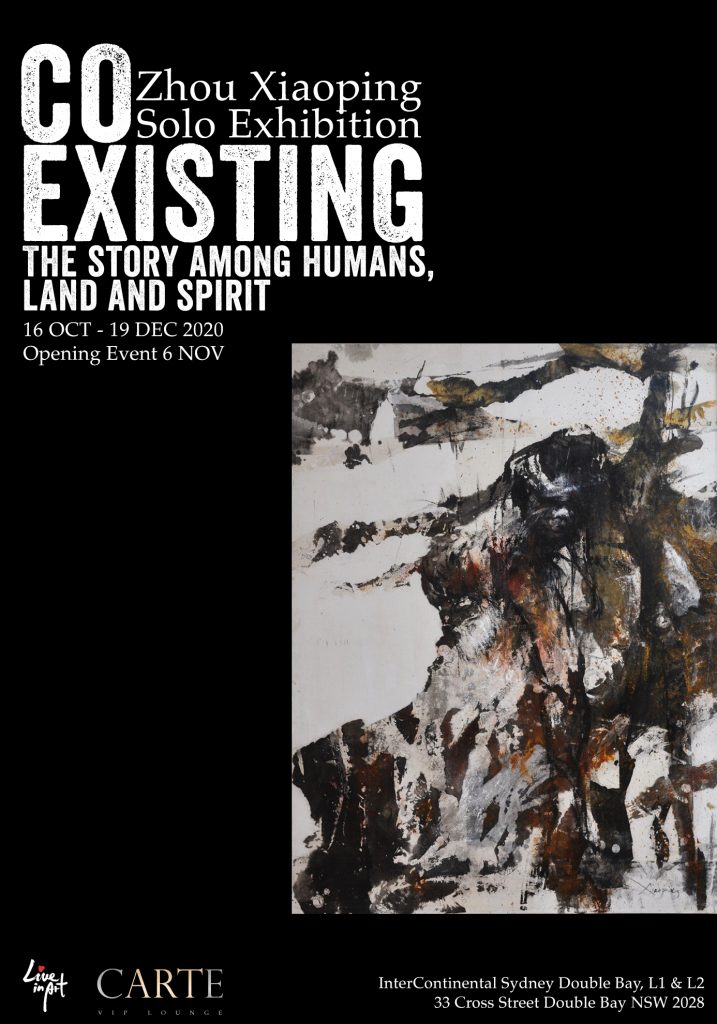