“Chinese Red” is a 122 x 112 cm oil painting composition created by artist  Jiawei Shen, one of his most representative masterpieces. Completed in 2017, the piece features a portrait predominant female figure in China from the middle ages.

The protagonist in the painting is boldly outlined by the use of the national colour, “Chinese Red”, and is dressed elegantly in an exquisite cheongsam dress while sitting on a traditional Chinese Song-style Taishi chair. The figure sits with her arms sophisticatedly and delicately folded as she gazes at the viewer and appears to have an enigmatic yet informed smile.

The distinctive use of a gallant hue of red is further highlighted through the traditional Chinese paper-cut patterns on the Cheongsam dress. The upper body of the artist’s muse is lined and semi-hollowed with a creamy white brocade. The cheongsam dress is originally customized for the character which perfectly outlines her graceful nature and complements her exquisite appearance. In juxtaposition to the “Chinese Red” cheongsam dress are the Chinese ladies which are both dignified and modern, as well as traditional Chinese charm. This is why the artist Jiawei named this work “Chinese Red”.

Deconstructing the painting, we see that Jiawei integrates “You Chun Tu Juan” (Handscroll of Enjoying Spring), one of the oldest scrolls that has kept body, as a traditional Chinese landscape as the background. The original author of the “You Chun Tu Juan” is the only work handed down by the Chinese Sui Dynasty painter Ziqian Zhan (circa 545-618). The original work is now in the Beijing Palace Museum.

The “You Chun Tu Juan” depicts a magnificent landscape of mountains and rivers, showing the vigour of spring and at the same time revealing the joyful mood of the artist. The picture depicts a harmonious connection between water and sky. The hills are lush and green, the lake is mellow, there are scholars riding horses to stop by the lake, and astute ladies canoeing on the water. The breeze is gentle, the sun is glaring on the water, peaches and apricots are blooming on the shore, and the grass is salubrious.

The author follows blue and green landscape style to paint the landscape with green lines, the foot of the mountain with lacquer, the tree trunks with ochre to control the work’s panoramic nature and arrangement. The “You Chun Tu Juan” creates a precedent for Jinbi landscapes in the Tang Dynasty and is heavily represented in early landscape paintings. Examining the painting more closely, there are six characters inscribed by the emperor Huizong of Song (1082–1135), “Zhan Ziqian You Chun Tu” on the “You Chun Tu Juan”.

Jiawei’s use of a dark brown background influenced by the ancient painting “You Chun Tu Juan” serves as an intimate setting that draws the audience’s attention exclusively on the main muse while accentuating of the richness of the colour of “Chinese Red” in the foreground. The two complement each other, which can more clearly highlight the theme of this work “Chinese Red”.

To encapsulate the masterpiece “Chinese Red”, we’d like to shed some light on the life of the artist. Jiawei was born in Shanghai in 1948 then moved to Sydney, Australia in 1989. He came to the Great Northern Wilderness as an educated youth in 1970. His oil painting “Standing Guard For Our Great Motherland” (1974) became an iconc works of art during the Cultural Revolution and had national influence.

Jiawei has won the Chinese National Art Exhibition five times, accepted and completed countless portraits from Australia and overseas. He has created official portraits of many important figures for the Australian government, including Pope Francis of Rome (2013), Princess Mary of Denmark (2005), Australian Prime Minister Howard (2009), Australian Governor General Cosgrove (2018), and many other significant people.

A multitude of his paintings have also been recognized and awarded internationally and in Australia. To name a few, he was shortlisted 14 times in Australia’s most prestigious artistic awards of which he won second place in the 1997 Archipel Portrait Award and first place in the 1995 Mary McGoop Art Award. He has also been awarded by Pope John Paul II, won the Sir John Sherman Award in 2006, and the Gripoli Art Award in 2016.

Jiawei’s artistic brilliance and award-winning creations cannot be fully expressed through a few statements, so Live in Art Sydney proudly announces that we will be inviting Jiawei himself to share and exchange personal rumination in the future. 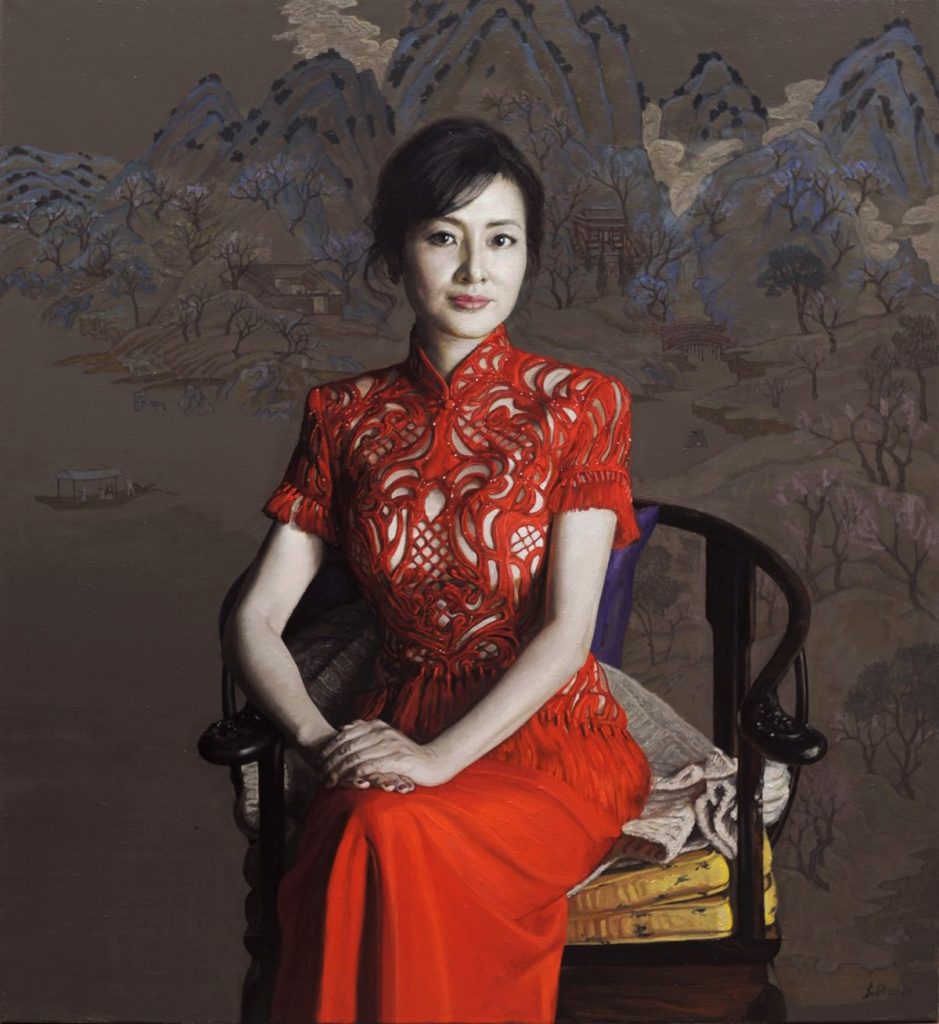