Dr Yang Xifa has been living and working in Australia and China. He has had solo and group exhibitions in China, Australia and Japan. Dr Yang is known for his bold exploration in combining traditional Chinese painting with contemporary art experiment.

The theme of this exhibition is related to the era of chasing economy of consumption, and it presents personal perceptions of materials and coins as currency. In today’s world, everything is related to capital in one way or the other on almost all levels. Focusing on the truth and illusion hidden behind the “currency”, the series will prompt viewers to come up with their own opinions and stories of different flavours.

Yang painted hundreds of human figures with despairing expressions and struggling body language – as well as other symbols and iconography – to depict a chaotic scene, almost like the end of the world. A group of artworks in this exhibition takes on another central theme of human life, namely, money. Yang chose ancient coins to anchor his observations and philosophical thoughts in how money has had a profound impact on every aspect of people’s life throughout history.

Ancient coins are iconic items of history. They are not only cultural symbols, but also embody a kind of internal transcendence. They represent mythical consciousness, social functions and individual desires. They also have some magic power which pulls seemingly random things together. Capital Theory Series also conveys a strong sense of beauty. 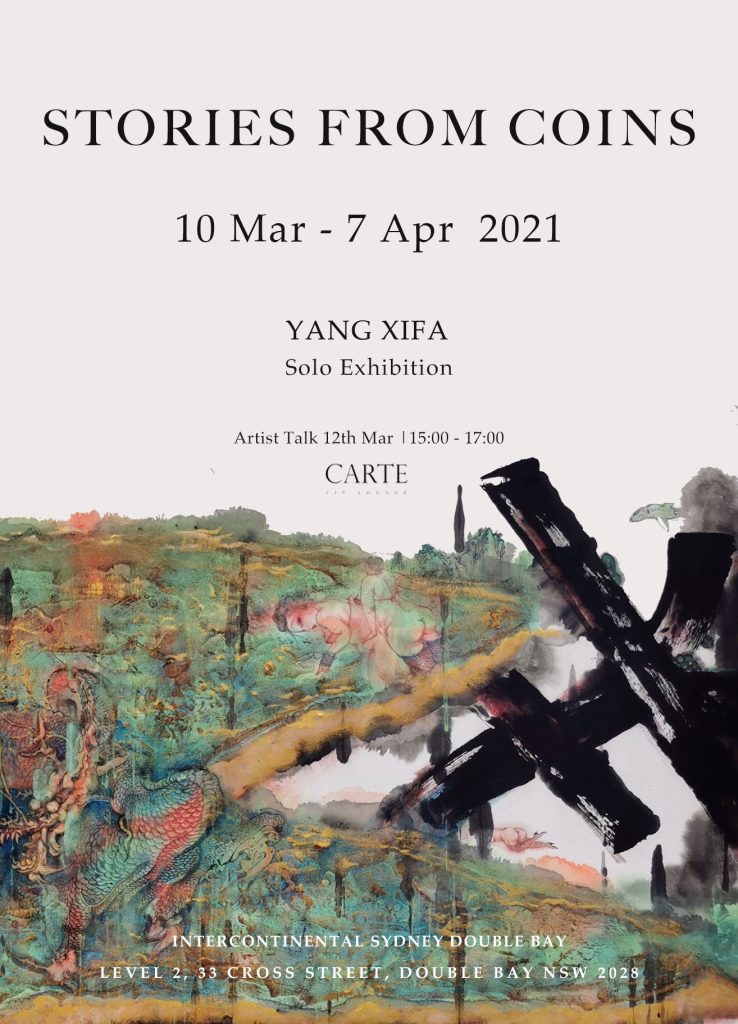