Born in Shanghai, China
Lives and works in Sydney 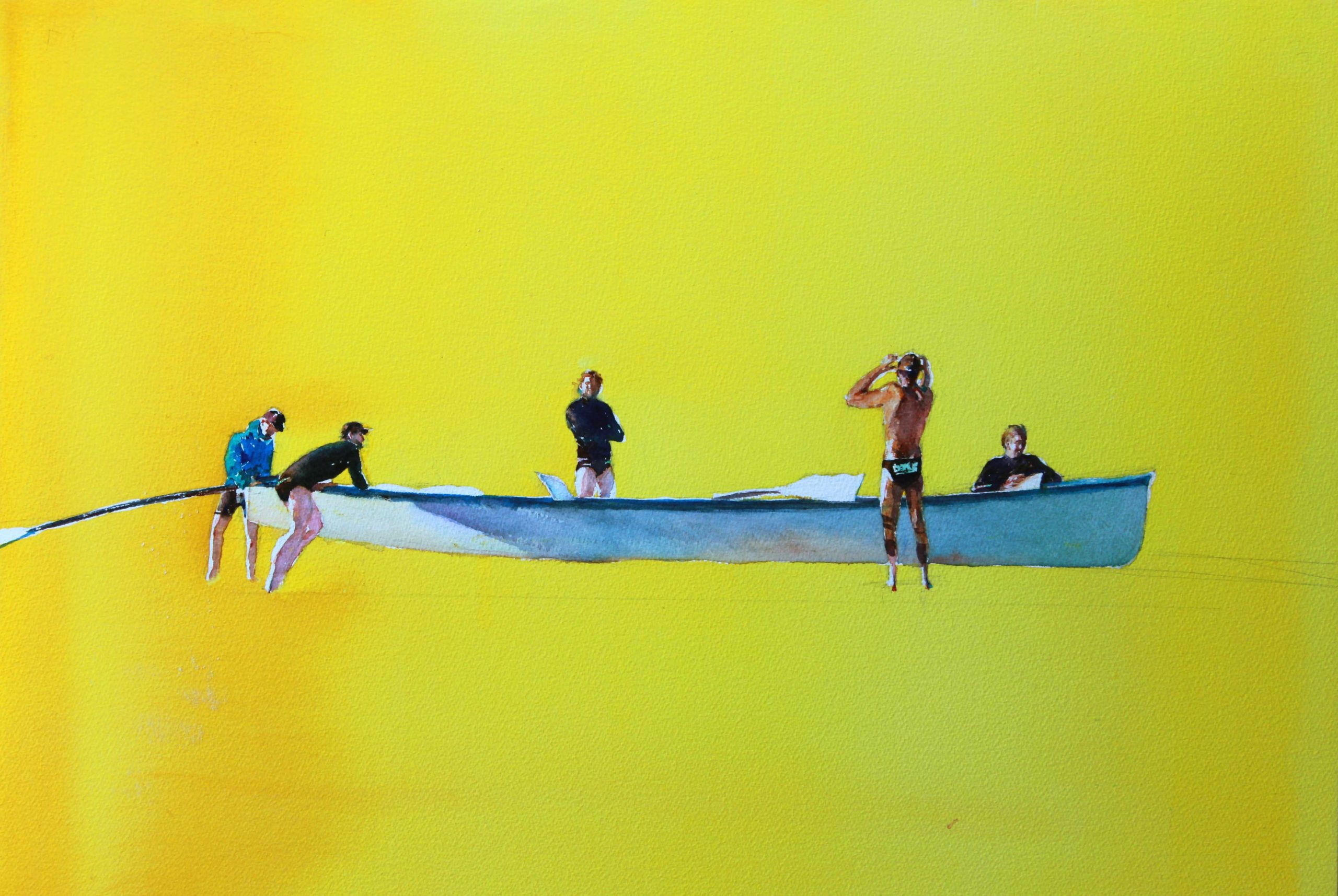 I am focusing on the rhythms of design in my paintings, which come from my soul with the reflection of real experiences of landscapes, people and other subjects. When am I working with watercolour, I await the images to emerge from the texture of the wash and the brush.

Born in Shanghai, China, David Wang left school at the age of seventeen, having been sent to be an agricultural labourer in the countryside for seven years at the time of the Cultural Revolution. However, during that time, he started drawing and painting in his leisure, depicting the arduous life around him in a realist style.

Subsequently, in 1975, he was admitted to the School of Fine Art Department of Chuzhou Teacher’s College and, after graduation, taught in that College in Anhui, China.

David Wang arrived in Sydney in 1997 and studied at the College of Fine Art, University of New South Wales, graduating with a Master of Painting in 2010. Australia artists profoundly influenced his approach to contemporary art.